A.S. : Terminator 2 is one of my absolute favorite movies. I’ve seen it several times in my life, but I haven’t seen it at the time of its release in 1991 (I was 6 years old).

Because I couldn’t see it at the cinema, it was necessary to watch it now. The 2017 version is digitally remastered in 3D. I don’t really like the 3D technology but James Cameron invested 8 million dollars for the stereo conversion and the result is absolutely fantastic. The picture is crisp (not like the usual blurry 3D movies) and offers plenty of (reasonable) depth. Cameron had already worked with a lot of depth of field in the original movie, this is one reason the 3D version felt so intense. The movie is nowadays still thrilling, emotional and fantastic. The best sequel of all time. I guess my pulse curve is speaking for itself.

Thank you, A.S., for sharing! Would be nice to compare with others…

We find the Roger Ebert review is worth reading too. 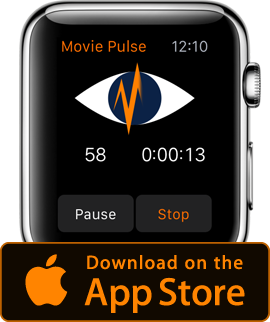